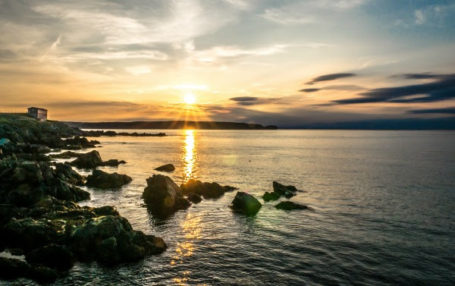 My mind says I am nothing, and my heart says I am everything
– Jack Kornfield.
Today my family and I were were sitting outside enjoying lunch at a café in Provence when some Danish friends walked past.  They were also on holidays with their adult children.  We first met in a tailor shop in Bangkok over thirty years ago!  Between the tailor’s measurements that long time ago we started talking, and soon realized that they were to spend a year near where we lived in Australia.  In that year that followed, we shared so many good times.  We unfortunately lost contact after they went back to Denmark, but then met up again last summer and then by chance here again in southern France!
I am sure you have had similar experiences of coincidences that seem unlikely and unbelievable; it is probably one of the mysteries of life.  One mystery among many in spite of how clever we believe we have become.
Earlier this year during the retreat with Jack Kornfield and Dan Siegel, there were two clear themes; mystery and our interconnectedness and interdependence.   An example of both was entanglement theory, which has recently been proven to be true.  The theory is that two objects can be connected over time and space in ways we don’t understand.  An experiment was made where two photons were ripped apart, and separated by a vast distance.  As soon as one of them started spinning the other would start to spin in the other direction immediately, irrespective of the distance. Like so many things we can just describe what occurs while not understanding how it happens.  This ‘not-knowing’ brings us into wonder and humility of the magic of the world.  As Einstein said, ‘you can choose to see nothing as a mystery or everything as a mystery.’
This month two clips along this theme have dazzled and inspired me as I hope they will you. So make yourself a good tea or coffee, find a good spot and watch these two clips. And please share your responses to the clips.
How Wolves Change Rivers https://www.youtube.com/watch?v=ysa5OBhXz-Q
Margaret Heffernan: Why it’s time to forget the pecking order at workhttps://www.youtube.com/watch?v=Vyn_xLrtZaY