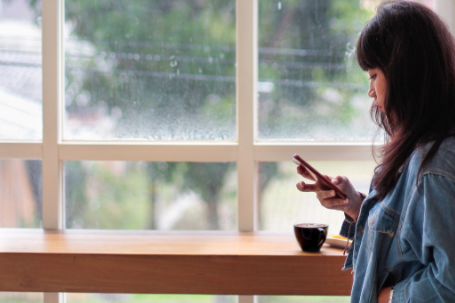 My potted lime tree had received all the love and tenderness I could muster.  She was clear on her purpose.  I had personally crushed every stink beetle that had come her way, even when this meant visits in the dark.  Yet Madame Lime was suffering, and with only a few leaves left and white dots on her limbs, no fruit could be sustained.

My love was not enough: she was standing in the wrong spot, she was in the wrong environment for her.  So two weeks ago she was shifted into a new position in the garden, with much good soil, a slight breeze and more direct sun.  Her contentment shows with a new lease of life in the form of blossoms and new leaves.

Our soil and position is our context. Where we live, who we hang with, our habits and what we pay attention to, all provide stimuli that either support our mental and physical health or do the opposite.  In Buddhism there is a call to:

Prevent the unwholesome that has not yet arisen in oneself.

Let go of the unwholesome that has arisen in oneself.

Bring up the wholesome that has not yet arisen in oneself.

Maintain the wholesome that has arisen in oneself.

Madame Lime could not move herself but we humans can choose where we stand and what we pay attention to, providing we are conscious and aware.

More and more I am seeing desperate parents, parents whose teenagers are depressed, suicidal, suffering with anxiety.  What is their soil, what are their habits?

A San Diego State University 2017 study of over half a million 8th to 12th grade students, found that depressive symptoms spiked 33% from 2010 to 2015 and the suicide rate for girls rose by 65% during the same period.  This correlates almost exactly with smartphone adoption during that period.

Head researcher Jean Twenge comments, “By far the largest change in teens’ lives between 2012 and 2016 was the increase in the amount of time they spent on digital media, and the subsequent decline in in-person social activities and sleep… The advent of the smartphone is the most plausible explanation for the sudden decrease in teens’ psychological well-being…The happiest teens used digital media for less than an hour per day. But after a daily hour of screen time, unhappiness rises steadily along with increasing screen time.”

Why is this so damaging for them and not just for them, but for anyone? There are of course many answers to this but one is that it feeds delusion, a painful delusion that everyone else has happy lives, they experience success, enjoy great coffee and holidays and here I am not even out of bed yet, in my messy room with a pimple that just grew over night.  The gap between how we perceive ourselves and others widens and in that our sense grows that “I am not right, I am behind, I am different.”

It feeds comparing.  We will always be comparing at some level, but social media provides an unhealthy dimension as we are only exposed to the best moments in the lives of others, we no longer get the whole package, and in this way comparing is toxic for life quality. Every minute we wish we had someone else’s life is a minute away from being home in our own. It takes us away from contentment, from filling up our own life.

I wonder if one day we will see the link between social media and anxiety, depression and suicide just as we now see smoking linked to cancer?

So what to do?

All the understanding in the world does not stop us feeling a pang when a competitor shouts of their success or when you realise you were not included in an event.  However the more contented we feel within ourselves the more we can celebrate the success of others rather than perceive it as a threat.

If your children are hooked or if you are hooked I would suggest that rather than impose rules on usage you open up for kind curiosity around the relationship with the ‘weapon of mass distraction’ – coming back to the Buddhist notion of inviting in the healthy states and maintaining them while not inviting in the unhealthy and dropping them once arisen.  The call is for more awareness as intrinsic motivation.

Ask: What state is fed and experienced during what social media engagement?  How does it show?  Where is it observed in the body, what thoughts and feelings does it give rise to? Who and what gives the strongest negative reaction?

This gives personal insight of ‘it is not me’, thoughts are contextual to what I pay attention to. Engaging in some social media contributes to the rise of unhealthy states and therefore unhealthy thoughts and feelings, just like the poor pot and position did for Madame Lime.

Cultivating gratitude and doing wholesome things like gardening, dancing, singing, being part of good wholesome human interactions and groups as well as being kind all buffer against this miserable addiction.