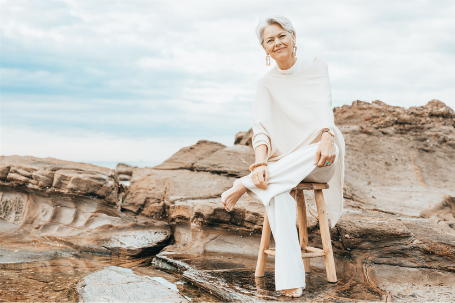 I was raised by a feminist.

I used to understand it to be an ‘equalist’. At that time in Denmark feminists tended also to be against nuclear power and for pedal power (use of bicycles).

Their trademark was a dyed nappy worn on their head as a headscarf, ideally dyed purple – one of the feminist colours, along with green and white. We didn’t wear bras, we didn’t shave, we didn’t dress up. Yet senior jobs in society were still mainly held by men and it was not until forty years later that Denmark had its first female prime minister.

One of the areas that has most affected me in relation to gender is of course personal relationships but also there is the endless searching to be ‘right’, to fit into a society that was foreign to me whether in Denmark, Australia or the UK. I had internalised all of the ‘rules’ about how to be, wearing the suit, using the right font, finding the right brand, endlessly ensuring that everything was very researched and edited. Really it was all to ensure that nothing revealed how I actually felt which was like an imposter, entering a world that was not mine, pretending to belong. This is a feeling that so many women have. We are ‘the Other’ or, as Simone de Beauvoir put it, ‘the second sex’.

I was so interested in Julia Gillard’s comment that as the first prime minister of Australia she was not free to be who she would have really liked to be. Her focus had to be on proving she could do the job – a job that had always previously been done by men. Jacinda Ardern, on the other hand, the third female prime minister of New Zealand, has had much more freedom in the role, hence we are seeing an integration of strength and empathy.

As women we have proven that we are able, we no longer have to prove anything anymore. We are now so much freer to be how we would like to be, to lead how we would like to lead. But we must believe it for ourselves! The world needs our voice, it needs us to lead in showing what healthy, integrated femininity and masculinity looks like.

Congratulations to all women who have fought the fight and thank you for taking us this far. Many having sacrificed much and we are here to reap the rewards. Thank you to all of the strong women in times gone by who have given birth to this moment, and all strength to those who honour their legacy by continuing the fight.