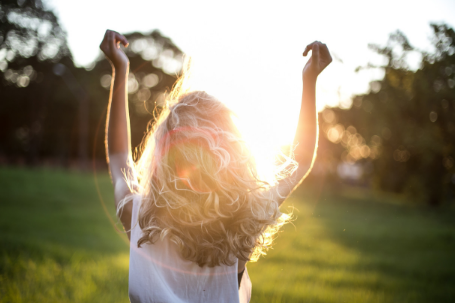 Did I believe in possibilities? Yes, I did, but I also had some counter-beliefs that were showing themselves as I chewed on ‘think possibilities’, beliefs that had to do with staying in my box, and – curiously enough – loss, loss of what is good for the sake of the unknown. And of course a little fear crept up on the side of the possibilities thinking, warning what could happen if the possibilities – once dreamt and articulated – didn’t come to fruition. Yet they are just possibilities, so anything that arises potentially is a possibility waiting to be experienced.

It led me to consider beliefs. Last week I watched the Netflix film ‘Heal’ which I highly recommend, although missing is mindfulness in the healing of trauma. Seeing Dr Bruce Lipton, who I have been a fan of for over ten years, reminded me of his catchphrase: ‘Beliefs alter Biology’. If indeed beliefs alter biology, it is important that we start to become aware of our beliefs to ensure they support the healthiest biology, right?

The challenge is that we don’t tend to be very aware of our beliefs. They do show up in our behaviour, however, so we can backtrack from there to discover what beliefs propel our behaviour. The other challenge in discovering our beliefs is that some are very ‘old’ and deep. They are not necessarily articulated in words but exist as feelings, inclinations and body sensations. Often the clarity of our beliefs is realised through conflicts or paradoxes. The more I looked into beliefs, the more it seemed they were similar to the Buddhist notion of ‘attachments’: a form of interpreted memories stored deep in our subconscious or implicit memory for the sake of repeating what feels good and avoiding what feels bad. We have both negative or sabotaging beliefs and life-enhancing beliefs.

The word ‘belief’ comes from ‘be’ and ‘lief’. ‘Lief’ is an Indo-European word meaning ‘love or desire’. We may be in love with, enamoured with, attached to the ‘truth’ that God exists, life is hard, I easily put on weight, there is too much to do, I am not good enough etc etc. It also seems that our beliefs can change with our mood – how tired we are, how stressed we are. I can firmly believe that I have too much work on, then after a good night’s sleep I can feel clear and as if I have an overview. Beliefs are also fickle…. not fixed, there might be deep core ones, intermediary ones and variable situational ones. No doubt the better the sleep, the diet, the exercise and the de-stress, the more healthy the beliefs. On the other hand, the more trauma we have had, the more likely it is that we have fear-based beliefs.

This is when it gets confusing. ‘All in the Mind’ on Radio National had a program last year on the believing brain. One of the points made was that the believing part of the brain has little to do with the rational brain. In other words, a belief is less a cognitive thing than an emotive thing. You may notice it as sequence of thoughts but it has much deeper roots. Positive beliefs are reminders of little squirts of ‘feel good’ hormones and negative (fear-based) beliefs mean squirts of cortisol, adrenalin and so on. In this way beliefs get close to associations…..but they are influenced by the body/mind system state.

Can we just bring in a new belief through thoughts? When I chewed on ‘possibilities’ I was confronted with the internal opposition to possibilities. In introducing a new belief we discover existing beliefs that we didn’t know we had. In this way we can start to become aware of these beliefs and resolve them in the body. We have to do this as there has to be alignment between old beliefs and new ones. There has to be a clear path between body sensations, feeling and thoughts as well as the belief – with no resistance. Remembering that the brain takes more instructions from the body and heart than the body and heart take from the brain, negative resistance has a tendency to dominate and win.

Beliefs are established as part of the brain’s innate pull towards making itself a ‘next minute predicting machine’ and habit making, both in the interest of keeping us safe and saving itself some energy. If I live in a violent household my belief that ‘I am not safe’ is essential.

Perhaps other terms for beliefs are ‘assumptions’ or ‘meaning perspectives’. Again we tend to understand these as cognitive but most assumptions and meaning perspectives are stored below our explicit memory in our implicit storing system – and that is the body. This means to access them we need the body language code.

The code of course is just listening to the body, listening to its language through paying attention to the sensations that arise. I say ‘think possibilities’ and I observe how the body responds to this. If there is resistance, I gently reassure the body with loving attention that ‘we are safe and all is well’ and I breathe out the resistance.

After all, what we believe becomes true whether the belief is stored in the implicit or explicit memory.