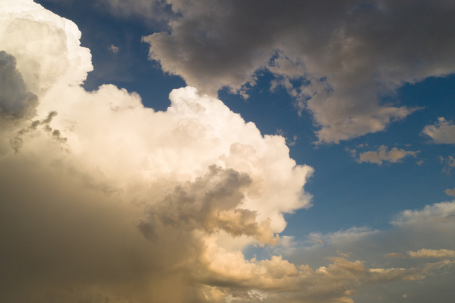 We are sharing Leanne’s story here with her permission, in the hope that you too will feel inspired and hopeful towards what Mindfulness can do for you! — Charlotte

I was born in Far North QLD in 1966. Conceived at the recommendation of a Chinese herbalist who told my parents that a new baby would heal my mother’s chronic poor mental health. They were already struggling to raise 4 children (aged 17 to 9)and were barely breaking even financially.

It was an era when children were to be seen and not heard. I was rarely purposely neglected or abused but my needs as a child were not understood or prioritised. My job from birth was to look after my mothers needs. My siblings were already struggling for attention but when I arrived they received even less, and my relationships with my siblings have always been overshadowed by a competition for parental love and attention.

My parents did the best they could. But they were both very damaged human beings and their relationship was volatile. My father would fly into terrifying rages and my mother often threatened to leave or suicide. I often felt helpless and frightened that she would leave me……As an adult I can see that she was never truly available to me day to day but as a child I clung to her. I tried hard to “protect” her but never quite got it right. Often ending up the brunt of her anger as well. My siblings had all left home by the time I was 7. They saw me as a spoilt brat and complained that I was a “moody little bitch”. They declared their childhood was much harder than mine. Feelings or reactions were never discussed apart from times when they tumbled out in anger and were quickly hidden with shame. I comforted myself by eating and self isolating from the chaos in my room. My Uncle Frank was one of the few family members who really saw me and loved me for being me.

At 17 I sought the advice of a social worker and came to realise I had a choice. Stay and try to look after Mum forever….. or leave and build a different life.

I went to Uni in a different city and then moved to NSW. My mother never once asked me to stay but over the years she regularly told me how sad and disappointed she was that I had left her. That I should have stayed to look after her. Particularly after my father died in 1999 and she was on her own. The sad reality was that if I had stayed I know I would have continued to spiral into depression and I wouldn’t have been “present” or possibly even alive to look after her anyway. I have no regrets about leaving and breaking the cycle of generational trauma. But it hasn’t been easy.

Since I left my childhood home my life has looked charmed in many ways. I have now been married to a good man for 29 years. We have 2 young adult  sons. I live a very comfortable life.  I am grateful for so many things.

And yet I have always been hyper-vigilant and had a deep belief that I was not enough to keep it all together.

Not feeling good enough has negatively effected all aspects of my adult life and relationships. I would berate myself for being soft and weak because on the surface life was good! Yet I still felt bad and kept repeating old patterns of self destruction. I wasn’t a victim of violent physical abuse or traumatised by a tragic event. But I hated myself and readily found faults in everyone I met.  I was easily triggered into anger or self abuse for many years.

I was diagnosed with post natal depression 9 months after my second son was born. I had known having children would be challenging and that my husband and I would be doing it without support.  But the sheer weight of the responsibility, self doubt and lack of accessible positive role models, lack of sleep and no family support overwhelmed me. Everyone else seemed to have a wonderful family helping them out and although I do not regret having the boys for one second, their presence increased my stress and put pressure on our marriage. I started taking anti depressants and have been on them ever since. I wonder now if it could have been different if I had had access to good support and more confidence to ask for help.  There is no doubt the medications have not only dulled my pain but have also dulled access to pleasure and joy and my ability to function at the high level I had previously been accustomed.  But they helped me survive.

I put everything I had into raising our boys in a loving, child focused home. I was desperate for my sons to feel loved and seen. I know I have been far from a perfect parent but I hope I have given them more security than I received as a child. The boys have given me so much and I am incredibly proud of the unique young men they have become.

In 2019 my mother died just after her 90th birthday. Since then I have experienced enormous sadness and regret, coupled with relief that she is gone and no longer able to abuse me. I miss her but I am also glad she is gone.

Covid19 hit in 2020. It was a year of survival where I could feel myself disappearing deeper into depression and self destruction while trying to hold my little family up and maintaining a high standard of work in an environment that was reactive and abusive.

I love my profession but I have worked for several years in a very toxic workplace. In many ways it mirrored my childhood. Management was abusive and manipulative and dismissive of staff needs. I found myself trying to advocate for myself and others but constantly triggered by the abuse and in the end I became completely burnout out and at 54 years old I doubted I had anything left to offer.

Then within the space of 6 months both boys moved out of home. They wanted to live with mates and go to Uni. Their goals were completely age appropriate and I supported their goals wholeheartedly, but inside I was devastated and felt abandoned once more. In January 2021 I was in a very bleak emotional space. I would look in the mirror and not feel attached in any way to what I saw. I knew I was at rock bottom but had no idea how to crawl out or what my life would look like if I did.

Over the years I have attended various forms of counselling and therapy. I have developed insight and knowledge but nothing ever came close to shifting my underlying feelings of self loathing. I had heard of Charlotte Thaarup and The Mindfulness Clinic and was on the email list. In January 2021 I got an invite to a mindfulness workshop run by Charlotte and took a day off work to attend. It was a pivotal moment.

The workshop was small and attended by other professional women. Throughout that day I received gentle, caring feedback and insights from Charlotte and the other women. I was so incredibly vulnerable and I will forever be grateful to Charlotte and those women for their kindness and authenticity.

Everyone carries burdens and traumas from their past.

I came away with hope.

The following week I took extended leave from my job (and later resigned) and started individual therapy with Charlotte. I had spent decades running from my feelings and disassociating from the pain of abandonment and self loathing. She taught me about Dependant Arising and helped me to listen to what my body was telling me. She showed me techniques to respond gently to my emotional pain. The resources on her website are excellent and I have used them extensively. I have spent a lifetime of keeping up my guard. Being wary of people and how they could hurt me.

But Charlotte made me feel safe. Valuable. Enough.

The work I have done with Charlotte over the last few months has been life changing. My relationships are easier and stronger. I continually refer back to techniques and strategies Charlotte taught me. I know there will be challenges ahead but I am no longer carrying the heavy emotional load I was carrying and I am no longer running from the pain when it flares up. I am trying to be more curious about what my body and feelings are telling me and then responding to those feelings with compassion. Since working with Charlotte I have decreased the dosage of antidepressants from 150mg to 50mg and I hope to completely stop them in the near future. I now believe that I am not something broken, that needs to be fixed. I am the sum of all my experiences and if I keep listening to my “dear body” and nurturing that, I think I am going to be ok.