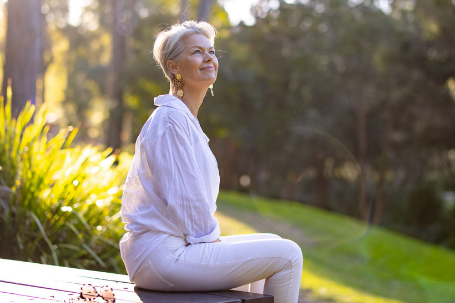 The other day I sat outside in the sun to read. It was a Wednesday. I noticed a little voice that said: “You do tend to work hard including on weekends, so you can do this, it is ok.”’ Then another voice came in and said: “Hey, why do you have to justify taking a moment in the sun reading? It is your life; you do what you want.”

I’ve been inspired by philosopher Val Plumwood’s idea that we would not be in the climate crisis we are in if it weren’t that our view is so skewed by the masculine.

And it made me think how much that is the case for me. I thought about my little reading experience and thought yes, it so reflects achieving, doing the right thing, working hard to deserve to eat, versus just being. Hmm … a long way to go. I then thought it would be interesting to look at some of the messages that we get in our culture and where they sit culturally in terms of femininity and masculinity.

I may be stretching things a little when it comes to masculinity and femininity but you know it really has nothing to do with men and women, rather it is to do with certain perspectives on life.
The masculine is about a forward focus, seeing ourselves as separate from rather than part of nature, as competing rather than collaborating, in the grips of striving rather than presence, human doings rather than human beings, acquisitional rather than appreciative, external rather than internal, and identified with thought rather than body and heart.

When it comes to masculinity and femininity it isn’t about one or the other, or even one being better than the other, it is about balance and perhaps more importantly equally valuing both perspectives.

The Middle Way is a well-known Buddhist term and it acknowledges that extremes are unhealthy. Whether it be self-denial or self-indulgence, collaboration or competition, internal focus versus external, or masculinity versus femininity, any extreme to the detriment of the other is unhealthy.

There are indicators that we are not in health. We are in the midst of a climate crisis as well as the Covid-19 pandemic but also a pandemic of mental unwellness. We humans are not thriving in spite of the physical context being better than ever for most. The overall wealth and life comforts have not delivered. Could it be that our lack of the middle way between masculinity and femininity shapes how we understand the world to be? Could it be that as Val Plumwood says, it is the masculine way of operating in the world that has led us to climate crisis?

Are we so intertwined with the masculine way of seeing things that we can’t see that we are experiencing life from an extreme viewpoint rather than the Middle Way perspective?

The masculine perspective and the American Dream

An example of this is in this post that I saw the other day: “You create your reality, and you get to choose what that is”. I am happy with the first part, but as for the second, what do you think? Or this one: “Decide, Manifest, Believe, Achieve”. Both are based deeply in the masculine way of understanding the world, in masculine values of achieving, getting, being directional. What is missing, and what might the consequences be of this way of seeing life?

I always think of my sister who at 14 was diagnosed with epilepsy. She had dreams, and yet none of them have been actualised. Her epilepsy was not able to be managed well with medication, leaving her dosed up, unable ever to finish her education, and in every way affected by her disease. She could not access her intention and was too doped and at times damaged by fits to have control over her mind state. Or the mother whose daughter dies at eight, what happens to her dreams of seeing her daughter become a happy adult? Or am I missing something?

Beliefs that only apply to some groups in society can be dangerous. They easily feed an ideology rather than bringing individual contentment and cultural and social inclusion, cohesion and health.

Let’s dive a little further, going back to the statement: “You create your reality”. Our perception and where we place our attention give us our life experience. When we are focused on the overflowing email box and feeling stressed, we have one experience. When we are curious about our state, we calm ourselves and then work on the emails from a place of “one step at a time”, and so we have another experience. This is lovely integration of the masculine and the feminine, we do something but our state while doing it matters equally.

The next part of the quote – “if you can dream it, you can do it” – is actually from Walt Disney, a big proponent of the American Dream. This quote is now widely used in new-age circles. It shifts from suggesting that we are in control of our inner lives to saying that we control the outer world through our intentions, our mind-state.

Many years ago I had a big lesson around this. I had been running retreats in Australia and New Zealand and training in Melbourne, and was high on all the wonderful experiences. When I came home there seemed to be nothing but problems and hassles. I felt resentful, wondering how this could belong to my karma … I sensed there was something “off” in my experience, something a little too self-righteous so I contacted my Zen Master at the time – Genpo Roshi – for a session. He immediately said: “You are so naïve, Charlotte! There is you and your karma, formed around how you respond to life. The other is life and it has no heart, it just happens in response to many, many confluent elements.”

Is the belief that we can manifest anything not based in an inflated sense of self-importance and an Anthropocene perspective? Or again, am I missing something?

Naturally our state affects our experience.

When you smile at the world it is more likely to smile back at you. We are interconnected, so in that way you influence your reality. But there is a big step from that to saying that if only you believe hard enough and do what it takes, you can be or have anything you want.

I do think that these beliefs are for the privileged and they actually contribute to suppression and lack of empathy and appreciation of those with more disadvantage – like my sister, like the poor boy from Zambia. We feed the idea of the American Dream with motivational stories of those who manages to achieve great success despite enormous disadvantage. What about all the unwritten stories?

This American Dream is supported by the idea of meritocracy, that people are hired and otherwise achieve power and status on the basis of skill and aptitude. This ignores cultural and social backgrounds, disadvantage and advantage. If you doubt that, consider that there are more CEOs named Andrew in Fortune 500 companies than there are women.

Does it serve us to believe that we can be anything we want, that anything is possible? Yes and no. The cost might be a sense of inadequacy feeling we never achieve enough, a feeling that we only have ourselves to blame because success or failure is purely down to us as individuals. And is contentment more likely to elude us when we focus on striving for what we might create/be/do/have rather than what we already have, when we focus on the external aspects of creating rather than our inner world, accepting and appreciating our “lot”?

It isn’t one or the other; ideally it is both. We can all stretch from where we are, we can do what is healthy and kind and work on ourselves, spending as much time on the internal as the external, knowing that both contribute to contentment but there are limits for most of us in what we can have materially.

I heard someone say the other day that they had decided to live simply so others can simply live. Living within and valuing the limits, knowing that if I eat all the potatoes now, there will not be enough to plant for next year. There is something self-regulating in that. Masculinity and the American Dream focus on growth and “more and more”, femininity says we are interdependent, and considers how what we take affects the system now and in the future. Femininity bows to the confinements of what nature sustainably offers.

The state of the world is a reflection of the inner life of us humans as a species.

And right now it reflects our Anthropocene perspective and our rampant survival drives. I think it is fair to say that when we place ourselves – our needs and interests – at the centre of the picture, we are missing the point and this has consequences. The saying “the universe provides” reflects this. What might the tuna fish or polar bears want to say about that when our desires affect their survival?

It is easy for the gems of the East, many of which are based in a feminine perspective, to be hijacked by our masculine way of seeing things. Mindfulness and meditation become a “tool” for achieving, being spiritual becomes a selling point. We meditate to get something, to be enlightened. In this way, even our spiritual practice is vulnerable to this way of operating.

I know that all my life I have so been in the grips of masculinity but right now I feel less of a drive, perhaps that along with mindfulness will further imbed the feminine perspective. There are moments, there are more moments than in years gone by where I feel embraced by the feminine with no agenda, just deep appreciation and presence. So deliscious.

There is a saying that the young and the old are closer to God as they are less busy with bills, deadlines and taking care of everyone, less captured by the masculine. If that is the case, perhaps we need to listen more to the young and the old and to value their perspective, not only for the sake of rebalancing us, but for the sake of just listening and being available to another human being.