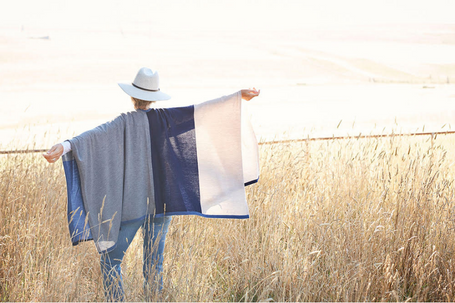 In two recent leadership sessions, the same theme has come up.  In one someone asked, ‘Why do we have to get better?  Why can’t we just be good at our work and be left alone?  We do the job well and that is that.’ The other comment was from someone saying that within their organisation many people just want the job to pay the bills; they don’t want career promotion. Both comments reflect the idea of ‘enough’.

In my little business I have considered the same thing.  Should I employ people to grow the business or stay small, with an OK income, doing what I love most?  I have chosen the latter as I know that for me, bigger is not better.

But sometimes it is hard for us to find our ‘off buttons’, whether that be in relation to the hours we work, how much time we spend on the lounge, or how much we eat.  You would not buy a kettle without an off switch, right?  You would not buy a car without some way of autocorrecting the steering, preventing it crazily going in one direction?

We are connected with everyone around the globe. I have more and more clients who work in two time zones, often attending meetings until 3am and then resuming work the next day by 8am.  Our ‘normal’ off button would have been bedtime.

Instagram and Facebook don’t end.  You can scroll forever.  We used to watch an episode of a series and then wait with delicious anticipation until the next week for the next episode.  Now most streaming services offer whole seasons all in one go – and we take advantage of this by ‘binge watching’.  We ourselves have to try to find a way to press the ‘stop’ button.

We used not to have endless amounts of food or alcohol as most of us were poorer.  Many of us now have abundance, even excess. Again, we have to find the ‘stop’ button and many of us find that difficult.

We used to be born into a certain social class and very few people were able to shift out of this class.  Certainly, few shifted up.  Now we have ideas in our head that we can all become super wealthy if only we apply ourselves. Nowhere is this more apparent that in the American Dream.

Hold this notion in relation to how it was for many in earlier days.  From the early 1700’s in Denmark there were various forms of residence obligation, meaning men between the ages of 4 and 40 could not leave the property where they were born.  This was to ensure there were sufficient workers for the landowner who had to provide men for military duty when the King required it – in effect, a tax on the landowner.

Hold the notion in relation to the ban on Sunday driving during the oil crisis of 1973 in many European countries, the prohibition until the 1960s on shops and businesses in Australia opening on a Sunday, or the restriction on our movements during COVID-19 lockdowns.

How are we handling limitlessness?  Does it mean that we tend to focus outward for the next, and more and more? I am curious if at times it gets us lost; if at times relationships pay when there is no ‘off’ button; if the ‘shared’, the community, the planet pays for our limitlessness?  Is this lack of restriction on what we do and how much we consume not part of the climate trouble we are in?  Perhaps we humans need ‘off buttons”.

When I was back in Denmark for the break, I shared about Australia’s ‘alcohol free zones’ and how much I appreciate that we have these.  Many Danes were horrified, believing that people should be able to do what they want at least sometimes.  Another comment was that if you interfere in where people drink, the next step might be preventing overweight people eating mayonnaise.  Total control!

All or nothing.  When a motor bike screams down the road drowning out all other sounds for some moments, I think we have given someone too much space.  There is always the risk that if we leave ‘restricting’ ourselves to the individual, some will respect this while others will overflow and spill onto the rest of us or simply cause a lot of damage.  But where does the line go?  Some might not be bothered by the loud motorbike.

A friend asked what I think when I see a photo of Elon Musk or Packer on a yacht worth more than $500 million.  My response? I think we have lost our ‘off button’, our middle way.  It is an indicator of an unhealthy society or culture that anyone gets that rich.  According to the World Economic Forum, COVID-19 has widened wealth gaps across the globe.  The richest 10% of the world population now owns 76% of all wealth. In other words, we have gotten even further ‘out of whack’.

The Buddhist notion of ‘middle way’ comes to mind.  The principle says that we need to avoid the extremes of both self-denial and self-indulgence. This principle applies to all systems.  And we are part of a system that needs to be kept in balance.  Balance is when no one individual overflows too much onto the ‘whole’.  But we can’t manage that as individuals – we need systems to keep us in check.

Does your scrolling, eating, buying, running, drinking or Netflix bingeing sabotage your relationships?  Is it time taken away from those relationships?

On a grander scale, I know that my having the freedom to fly to Denmark to spend time with family and friends is a cost to the Earth, that how much I buy costs the Earth, that as a two-person household I have a pool, and the list goes on.  I wonder, is it time we implemented systems that help me contain myself for the sake of the ‘whole’, the planet, the future of human kind?